A new life, a new beginning in one of the nicest undiscovered parts of Greece.  After leaving the UK in 2005 to embark upon this exciting adventure, we found it truly magical in those early days.  Having the opportunity of consolidating all our skills and operating as a holiday rentals for tourism had inspired our life and gave us a much needed change.  Meeting new people from all over the world, offering a professional service in terms of meeting their requirements and allowing them to experience the Greek way of life in traditional village houses, creating our own website and giving our clients the best advice on places to visit, was just perfect.

Sadly, as the years went by, things started to change.  Holiday rentals took a turn for the worst as a result of certain locals threatening us, in that we were taking business away from the few hotels and guest houses that were in and around Ermioni.  As a result we were told to stop, or continue our business low profile, which is what we did as we needed the income.  We were not of pensionable age and needed to work.

As time moved on, our activities rocketed with animal welfare and tourism took on a more low profile operation.  All this happened as a result of a small colony of kittens that were born in an old empty Mansion opposite our home.  We called this little family of cats the 'LemonTree Gang', because our home is called the LemonTree House.  The mummy had five little kittens and they were just adorable.  We called them Bonnie, Sniffer, PoorlyNozia, Starshine and Moonshine.  Even though over the years, we had travelled extensively throughout Greece and her Islands, it was always the same wherever we went, and that was adopting and feeding the stray colonies of cats whilst on holiday.  In all cases we vowed that once we returned home we would continue to help them.  Sadly this never happened, because our work continually took over in the UK and the strays just became distant memories.

The realities are that when you are on holiday, you only get a snapshot of what is happening to the stray animals.  The true reality of animal welfare hits home when you permanently live in a Mediterranean country like Greece.  It becomes a daily living nightmare.  We realise that people have choices, for us, we too had choices.  At the time, we loved Greece, because of its natural beauty and its timeless history, but sadly this beauty is marred in more ways than one.

The Greek people have true warmth and can be very loving to their own families and hospitable towards other people, with a kindness unmatched to many other cultures, yet where stray animals are concerned, many of the same people continue to treat these animals with complete cruelty.  Stray dogs and cats are abandoned in various places like garbage, some are left in the mountains to die when the owners get tired of their trusted animal, some get poisoned by people who become tired of the strays overpopulation within their neighborhood, especially prior to religious festivals.  These innocent strays suffer a horrific painful death.  Others are abused, starved, kicked, stoned, drowned and hanged to name a few more atrocities.

In the time we have lived in Greece, we have heard many people say "I'm an animal lover" or "I love animals" but we have also learnt that in most cases these are just empty words, meaningless!  These words are often spoken by selfish people who would rather order an extra bottle of cheap wine for themselves than spend one Euro on some animal food for the hungry strays.  Those who turn their backs on the plight of the strays are equally guilty as the offenders.  Yet there is a minority of people who do stand up to the cruelty imposed on these helpless stray animals.

We know there is animal abuse throughout the world, as is ignorance.  When you browse social media sites and read all the horrific postings, the pleas and desperation, it can become so upsetting, but that is no excuse as to what is happening in Greece.  It only acts as a diversion and accomplishes nothing.

We calculated as to how much we had roughly spent over the last ten years, living our idyllic dream in the Mediterranean, with a culture that we love so much and experienced on our travels over the years, with the history we have so adored spanning thousands of years, with beautiful beaches and the blue Aegean sea.  We were shocked!  Over 100,000 GBP . . . and this was just for feeding the waifs and strays.  This did not include neutering, rehoming, medical and travel costs.  Over the years, we have tried to raise donations for the much needed plight and cause of GreekSTRAYS, but it has been extremely difficult.  It was advised to consider setting up a non-profit animal charity.  So with help from a very kind person and a long drawn out process, as from 2017 we are now officially GreekSTRAYS, a UK registered charity operating in Greece, registered with HM Revenue and Customs under the small charity provisions. 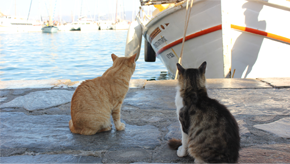 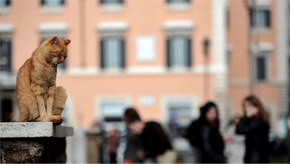 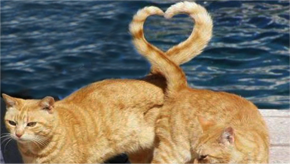